>Why did Einstein say so ?

Because unless you know the root of any problem, the solution will be at surface level

…and the problem will keep popping up again and again.

>Do you want to know more ?

>From where did this come ?

Keep reading till the end.

You might have already observed children have a tendency to keep on asking why certain things happen the way they happen.

They have innate curiosity to know the reason behind certain things.

In fact, this desire to ask question is what enhances their knowledge of the world in those initial years. 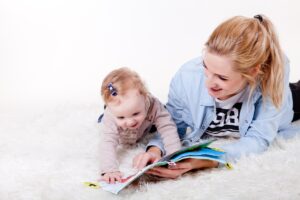 So they keep on asking questions- almost infinitely.

Actually, this questioning technique is a very important part of the Six Sigma System,

...a quality control system with a detailed methodology for eliminating defects in any process or service (mainly used in manufacturing processes).

By repeatedly asking why (and 5 is stated as good rule of thumb),

….you can easily peel the layers off the surface level that can lead to the root cause of any problem.

Origin of 5-Why Principle:

The originator of this “5 Why Principle was Sakichi Toyoda, a Japanese gentleman, who later on set up Toyota Motor Corporation, the world’s leading automobile manufacturing corporation.

While Toyoda was a genius in inventing new technology, he was equally focused in innovating ways to improve the process of manufacturing.

His main belief in the manufacturing process was that it was not always the people who failed, rather it was process that failed.

In his quest to solve process-related problems, he invented the technique of the “5 Whys” to track the problem to the root cause.

Whenever there was a lapse or system failure, he continued to ask the concerned employee the “reason” five times to get to the root cause of the problem.

Are you thinking how to practically put this to test ?

Do you want to try this 5 Why Rule in any area your own life ?

Let’s try to understand this with an example :-

Assume you are not able to deliver your best output at your workplace, you can start asking the “5 Whys” to get to the core reason.

(1) You often feel anxious about committing a mistake in your work.

(2) Your manager might have scolded you about your quality, which has aggravated your anxiety over the work. 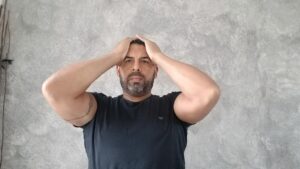 Now ask why did your manager scold you in first place ?

(3) The reason might be that there was a new technology or system that required enough learning before you could implement it in your work, and you couldn’t update your knowledge.

Again, ask why you failed in learning this new technology ?

(4) The reason might be that you had some family problem going on that was stealing all your attention from work, and you could not focus on your work.

Here is another why you should ask.

What was the reason for your family problems ?

(5) You realized that there was some disconnect on some aspect of your relationship with your partner in the back of your mind, and it was affecting your work behavior.

After these so many layers of questions, you realized that the core reason behind your inability to deliver the results at your office was some family problem, which on the surface level appeared to be just anxiety and fear from your boss’s adverse reaction.

The above was just a random example.

Now it’s your turn to find 5 Why’s to any of your personal problem.

But remember number ‘5’ in 5-Whys is not some hard-and-fast rule, rather it’s arbitrary. The idea is to go deeper until the last layer of the problem, until you see the root cause.

Therefore, you may have to ask four, six, or seven whys before you can unravel the core issue of any problem.

When should you stop?

you should stop asking why, when useful responses stop coming.

The 5-Whys approach is known to work well in troubleshooting, quality improvement, and general problem solving.

To put it simply, 5-Whys Principle enables you to focus on the core issue to be resolved.

Don’t just try to treat the symptoms only- rather diagnose the root cause and uncover the real solutions.